Logan Park Neighborhood Association (LPNA) is proud to present Le Grand Voyage, a 2004 film by French-Moroccan film director Ismael Ferroukhi, who calls it a “ tribute to the 97% of Muslims we never hear about in the Western world.”

Told with humor and compassion, Le Grand Voyage follows a devout elderly Moroccan on his pilgrimage to Mecca, reluctantly accompanied by his irreligious young son who does the driving. In the beginning, there is much that divides these two, but during the course of a 3,000 mile, cross-continental journey, we come to know them as they come to know and understand each other.

Desserts, coffee, and Arabic tea will be served afterward, with a discussion about the film led by Minneapolis School Board member, Founder and Executive Director of the African Development Center of Minnesota, Hussein Samatar. 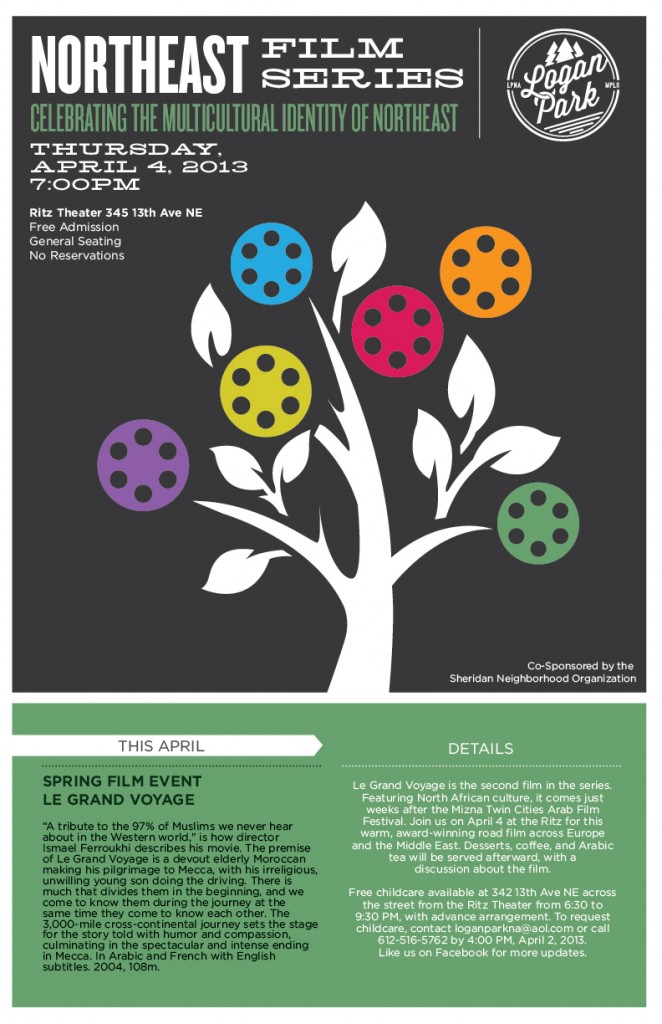