Thanks to everyone who helped with the first annual Logan Park Art A Whirl Brunch!

Donna and Paula helped set up Friday, Donna had gotten and donated the coffee set-up….Logan Park Blend from the NorthEast coffee people on 32 and Johnson.
The list of workers on Saturday:
Barb Frasee (bright and early)
Donna Norberg set up all the beverages and supplied lots of extras, Worked The Whole Time
Dale and Nancie Theissen (Dale mastered the pancake mixing) (Nancie was tireless in griddling)
Liz Wilenski from the Park Board roasted the sausages just right
Eli Anthony and friend Molly worked the gluten free station
Jay Fetyko took in money
Gail Stone used her skills from Emily’s to keep the pancakes going
Aaron Raivo-Lynch served sausages and pancakes with lots of enthusiasm
Dan Mossey was right beside him, two experts
Jacob Gerber came in, a little wet, dried out by working hard
Richard Betts ran the ticket table from noon and on.
Deborah Fiscus was able to fill for several people at noon
Pat Vogel split her shift up, and was able to run errands,
Paul Allan was rained out for chess, but was able to lend the pancake crew a hand
Jeff Kraker kept the batter going after Dale left
Terry Gydesen helped wherever needed and took photos
Our Park staffers Mary and Dustin, as well as several Friday night assistants were great
Now, if only the weather had been a little more cooperative.

Thanks also to Sentyrz for their donations. They do make the best breakfast sausage.  Left over food was donated to Little Kitchen food shelf.  Thanks to Donna and Jacob for delivering to the food shelf. 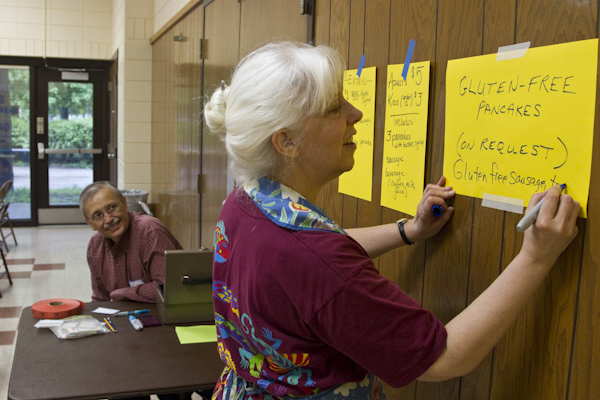 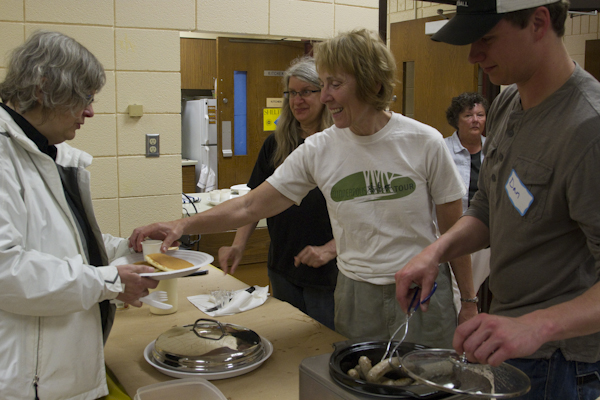 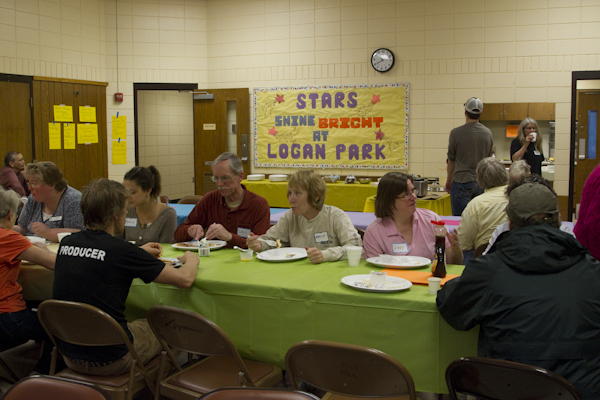 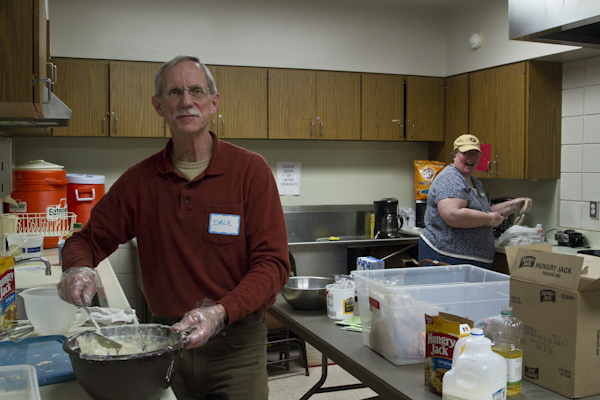 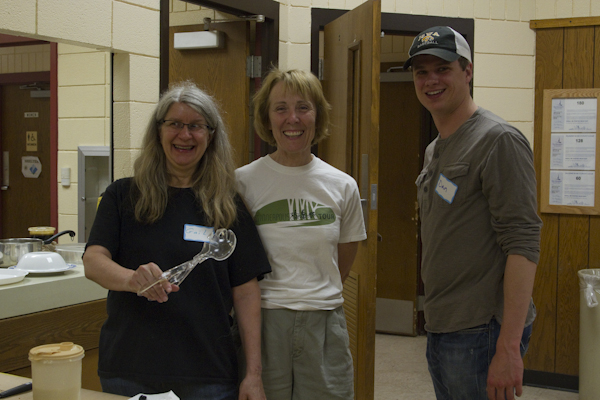 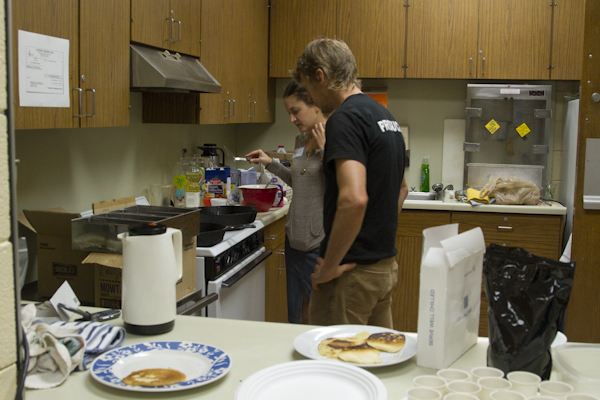 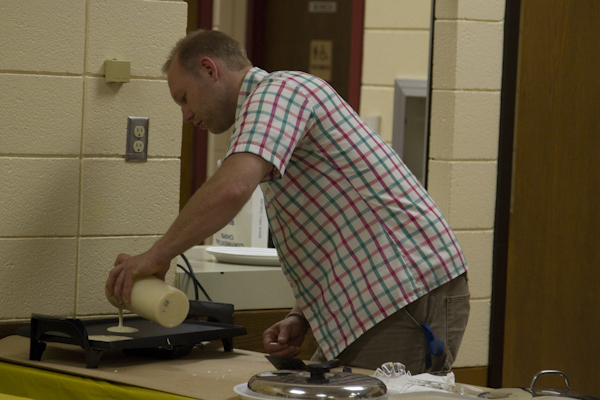 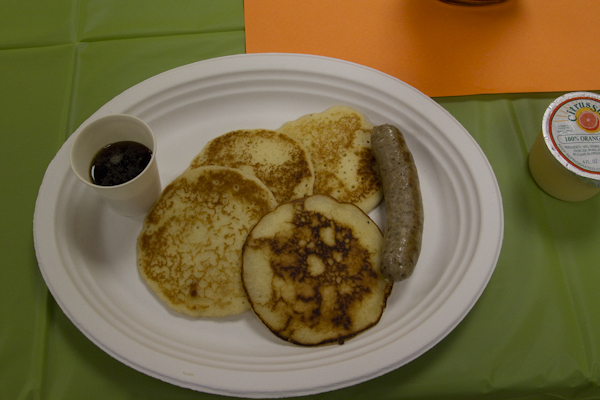